"If you're not living on the edge, you're taking up too much room." Steve Rowland

Born in Hollywood, actor, singer, columnist, author and record producer Steve Rowland grew up in Beverly Hills during the Golden Age of Hollywood. His father was film director Roy Rowland, his mother Ruth was a scriptwriter and the niece of Louis B. Mayer of MGM fame.

Steve almost "naturally" began an acting career in the 50s, starring in over 35 TV shows like “Bonanza”, “Wanted Dead Or Alive” and a two year role in “The Legend of Wyatt Earp”. His very first film appearance was at 11 year's old  in MGM's "Boy's Ranch", singing Darling Clementine in the campfire scene. Film appearances included co-starring roles in “The Battle of the Bulge” with Henry Fonda and Telly Savalas, “Gun Glory” with Stuart Granger and Rhonda Fleming, “Crime in the Streets” with John Cassavetes and Sal Mineo, and in the original version of “The Thin Red Line” with Keir Dullea and Jack Warden.
These were also the years when as a member of "Hollywood royalty" Steve was inspired to write monthly columns for the popular fan magazines, The View From Rowland’s Head being the most famous, as he mingled with the stars and starlets of the time : Elvis Presley, Steve McQueen, Marlon Brando, James Dean, Natalie Wood, Tuesday Weld, Kathy Case, Carmen Phillips to name a few. And with his all-time friend Budd Albright, he hit the music scene with the group "West Coast Twist Kings", and with Earl Bostic he performed in the "Ringleaders".

The lure of ‘the swinging sixties’ soon brought Steve to London where he produced records for the Fontana label. Dave Dee Dozy Beaky Mick and Titch was the first of 13 hits : Bend It, Hold Tight, Zabadak, The Legend of Xanadu etc... He went on to discover Peter Frampton and The Herd, the Cure and produced hits for P.J. Proby, The Pretty Things, Sarah Brightman and the acclaimed album for Jerry Lee Lewis The London Sessions. For his productions Steve worked with the finest British studio musicians : Jimmy Page, John Bonham and John Paul Jones (later of Led Zeppelin), even Elton John when he was still known as studio pianist Reggie Dwight.

In the late 60s-early 70s, Steve teamed up with Albert Hammond to form his own group, The Family Dogg, with top 10 hits in the U.K. and throughout Europe including 6 songs written by the singer-songwriter Rodriguez, who in 2013, became the subject of the Academy Award winning documentary "Searching for Sugar Man" in which Steve appears in an interview to talk about the album he produced for Rodriguez in 1971 'Coming From Reality'.

More recently, Steve has written a collection of memoirs from the years he spent growing up in Hollywood, reflecting the language and the style of the time : "HOLLYWOOD HEAT, The Untold Stories of 1950s Hollywood", a series of stories as only an insider could tell about Elvis Presley, Tony Curtis, Jimmy Dean, Marylin Monroe, Natalie Wood and many more. 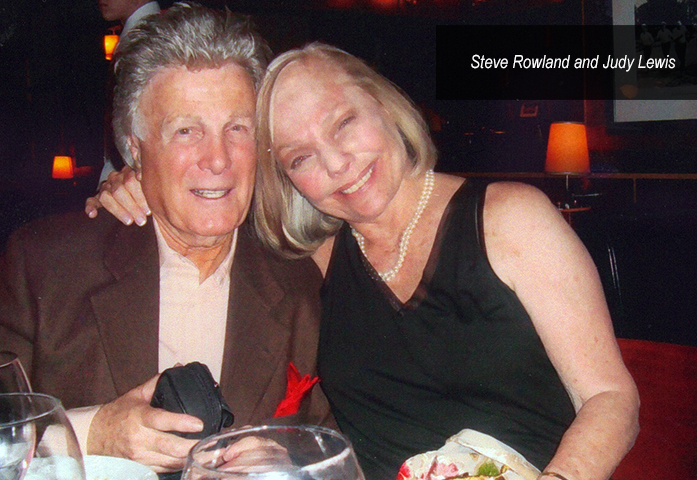 Steve's action-packed world wouldn't be quite complete without mentioning his passion for dangerous sports from hang-gliding to go-kart racing, or skiing the slopes from Colorado to the French Alpes, and a complete and unconditional love for animals, that he shared with his high school sweetheart, the late Judy Lewis, Loretta Young and Clark Gable's illegitimate daughter.